Max von Essen - Back in town, back in time 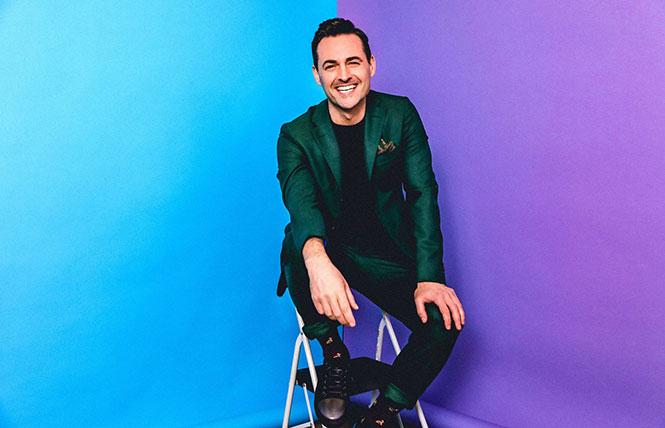 When Max von Essen was in San Francisco last March, he was playing the difficult lead character —and singing the difficult William Finn compositions— in Falsettos at the Golden Gate Theatre. He'd also recently released his first album, Call Me Old Fashioned, a collection of tender interpretations of golden age Broadway standards.

"Eight performances of Falsettos a week demands a lot of me vocally. I need to rest between shows to keep my voice in shape," he told the Bay Area Reporter at the time, sorry that he wouldn't be able to perform the music from this pet project for local audiences. 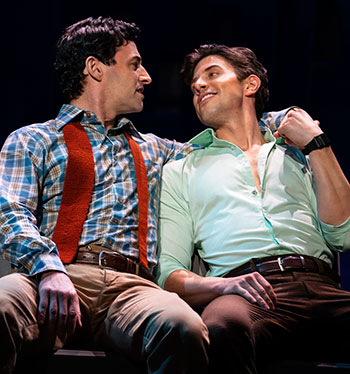 But von Essen returns to San Francisco this week to remedy that regret and showcase his solo work in a Bay Area Cabaret concert at the Venetian Room this Sunday afternoon. Unlike many contemporary musical theater actors, who grew up on pop, rock and R&B and began delving into the great American songbook as a part of their training, von Essen, 45, has had a knack for anachronism since childhood.

"I remember when I was a kid, sports were just not working out for me," he recalls of growing up on Long Island. "I somehow started watching a lot of old movies on TV. It wasn't my parents' influence, I just found myself getting caught up in things like Singin' In The Rain and Meet Me in Saint Louis.

"My mother started picking up on my interest and introduced me to more modern musicals. She'd get me CDs and videos of things like Cabaret and Funny Girl. But I really did love the older MGM musicals the most. And that led me to Broadway cast recordings. I didn't follow music that was popular when I was a kid. I was walking around the house singing Rosemary Clooney songs. And today, well, if you ask me to sing an Ariana Grande song, I'm like, uhhhhhh..."

"I remember going to a music store after I'd gotten a bit proficient and seeing this big book of Gershwin songs. I knew the name, but then, when I opened it up I realized they'd written so many songs that I loved. That's my first memory of really connecting to songwriters." 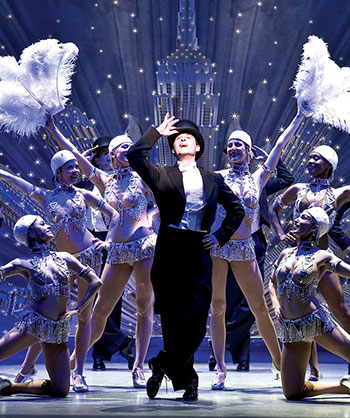 Max von Essen in the "Stairway to Paradise" number in 'An American in Paris.' photo: Matthew Murphy

The connection stuck. For his senior recital in high school, von Essen played the Gershwin preludes, music that returned to prominence in his life decades later when von Essen, after touring as backup for Liza Minnelli and playing Broadway in the companies of late 20th-century stalwarts Les Misérables, Jesus Christ Superstar, Evita, was cast in his breakout, Tony-nominated role as Henri in 2014's An American In Paris.

"Every time I'd done another show," says von Essen, "I'd eventually get to a point where I felt very comfortable in the role. But in Paris, from the first performance, I felt like I was stepping onto the stage as an extension of myself. I'd always thought I'd eventually do an album, and American In Paris made it clear to me just what kind of album I should do."

On Call Me Old Fashioned, von Essen includes tunes by the Gershwins, Irving Berlin, Harnick and Bock and many of their mid-century contemporaries, accompanied, as he will be at Sunday's concert, by the esteemed arranger and pianist Billy Stritch.

"I didn't think Billy would do it," von Essen recalls. "But when I emailed him to ask about doing the album, he wrote back within an hour to say yes. That's the thing that really convinced me to get over any fear I had and go with this project. Billy was the music director when I auditioned for Liza Minnelli all those years ago. And Liza's father directed the movie of An American In Paris. George Gershwin was Liza's godfather! There are just so many connections."