Share your joy: The Lavender Tube on upbeat shows amid downbeat times 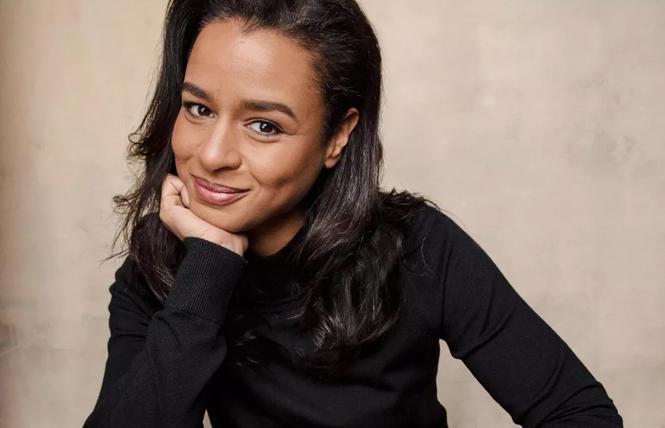 Throughout the pandemic, we have repeatedly told our Twitter followers to "share your joy." So when we saw on CNN that Megan Rapinoe proposed to her longtime girlfriend Sue Bird, we were thrilled. Bird said yes and so did we. The ultimate lesbian sports power couple engaged? Maybe we can shake some decency out of 2020 yet.

Bird and Rapinoe were the first same-sex couple to be featured on the cover of ESPN The Magazine's 'Body Issue' in 2018. Bird plays basketball for the WNBA's Seattle Storm and has won four Olympic gold medals for the U.S. and four FIBA World Cup titles. Rapinoe is captain of the U.S. national women's soccer team and winner of two World Cups and an Olympic gold medal.

Rapinoe was the first white major sports figure to support Black athletes by taking a knee on the field during the National Anthem. Both women support Black Lives Matter and have argued for equal pay for women athletes.

The Hallmark Channel promised us a lesbian wedding movie. How about they just film Bird and Rapinoe's nuptials? 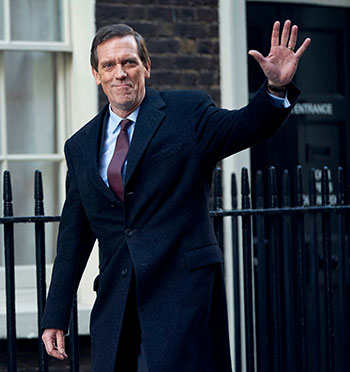 Roadkill
We hate-watched House for years because Hugh Laurie was so mesmerizing (and because Olivia Wilde played the unapologetically sexual lesbian Thirteen). We loved Laurie in The Night Manager, also. Now Laurie is back as Peter Laurence, a sketchy Cabinet minister who's just won a libel suit in a splendid four-part political thriller on PBS Masterpiece, Roadkill, which premiered Nov. 1.

Roadkill is just so, so good. Written by David Hare (Collateral, The White Crow), the dialogue is snappy, arch and thoroughly engaging. The pacing is quick, the intrigue loaded, the cast stellar. Helen McCrory (Peaky Blinders, MotherFatherSon) is snarky Tory Prime Minister Dawn Ellison, who is everything Theresa May wished she'd been. Sarah Greene plays Charmian Pepper, the journalist intent on taking Laurence down. Saskia Reeves, Patricia Hodge, Pippa Bennett-Warner and others are equally good.

Roadkill opens with Peter, a self-made forceful and charismatic politician, having just won a libel suit against Charmian and her paper. He is called to 10 Downing Street by Dawn, expecting to be sacked. Complications ensue. Then his assistant, Duncan Knock (Iain De Casestecker), delivers some stunning news that takes Peter to a women's prison.

The plotting is too good to give too much away and you will want to savor Laurie's fabulous performance as the slithery Peter, who keeps a mistress, a wife, and some children. Peter also has a boatload of enemies, any one of whom could take him down.

The intrigue is really good and will remind some viewers of House of Cards. There is a lesbian subplot that is twisted into the main plot and when it is revealed early on, it's a shocker. Roadkill is smart, compelling and fun in that way that politics not one's own can be. Sundays on PBS. 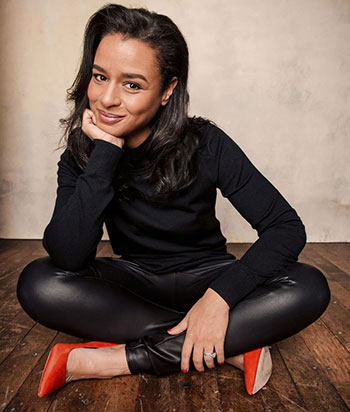 Sarah Cooper: Everything's Fine
We are pretty proud of the fact that Sarah Cooper followed us and our work on Twitter even before we followed her. Now we just try hard not to look stalkery as we scroll through her timeline, putting little hearts on everything and leaving gushy messages of support and high fives.

Sarah Cooper is funny; so funny. The Jamaican-American comedian got us through some tough times with her brutal lip-synched TikTok takedowns of Donald Trump which —inexplicably— a lot of cis het millennial white dudes didn't like. But one night when we caught Don Lemon quoting one of her lines, we knew she had fully arrived and was in the Zeitgeist for good.

Satire has been hard to pull off in the pandemic and with a president whose real-life actions are so over the top that, really, isn't he his own satire? Cooper says yes, he is. Her pieces expose him: venal, dull-witted, narcissistic, corrupt, misogynist, racist. They are funny, yes, and if you watch Cooper enough, you will soon see her when you hear him. Yet she has brought an edge and a nuance to his dangerous buffoonery that no one else has.

The TikTok videos went so viral that soon everyone wanted to talk to Cooper. She was on talk shows and podcasts and her once-modest Twitter following exploded into the millions. She even lip-synched a video for the Democratic National Convention. Now she has a special from Netflix: Sarah Cooper: Everything's Fine, which just dropped.

If you liked the videos, you will love the special. When Cooper re-enacts the infamous Access Hollywood tape with Oscar-, Tony- and Emmy-winning actress Helen Mirren as Billy Bush, you will be howling. They snap towels at each other. Cooper signs autographed photos and downs TicTacs by the handful. Mirren laughs just like Billy Bush did in conspiratorial "locker room talk" entre nous. It's perfection. One imagines if we'd had it in 2016, the vote might have gone another way.

There's a lot in Everything's Fine. Cooper takes on race and misogyny and of course, politics. But most of all and best of all, she's funny; so, so funny. You love to see it. 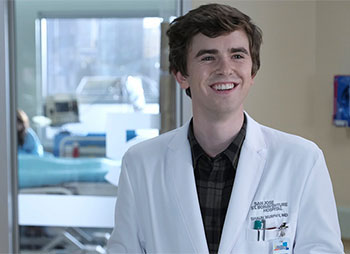 It's exhausting for those of us who are merely disabled and not prodigies, Olympians or America's Next Top Model. This formula put us off The Good Doctor early on. But the two-episode season 4 premiere one of the first dramatic series to return since the pandemic— is incredibly compelling stuff.

The series tackles the isolation of the pandemic, what it is like for doctors and other medical personnel to be treating patients in the field and the impact of our collective trauma on an autistic person, like lead character Dr. Shaun Murphy (Freddie Highmore). It's hard to watch, yet so powerful.

The Good Doctor creator David Shore told the press at New York Comic Con, "It would've been so false, I believe, to not deal with it...This has taken over every aspect of our lives for an unbelievable amount of time. The world hopefully will go back to what we viewed as normal, but it just would have been dishonest not to deal with this story."

Shore added, "Having said that, it is an incredible story. We're a show about regular people that do heroic things. The impact [of COVID-19] is incredibly dramatic, so we wanted to dramatize it." Watch on ABC.com.

The coming weeks are going to be a lot as everything awful spikes. So for all things newsy, fluffy and in-between, you really must stay tuned.