I want my MHz: European programming broadens the LGBTQ world 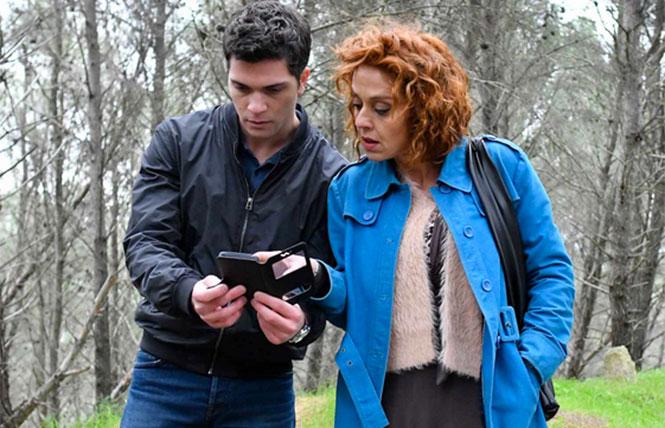 I stumbled upon MHz while flipping channels and was immediately captivated by an attractive man speaking Italian. Since my husband and I had lived in Italy for two years as Mormon missionaries, I set down the remote and watched. Nero Wolfe, an adaptation of Rex Stout's mystery novels given a new setting in Rome, was playing.

I soon learned that MHz hosts a broad range of European programming, utilizing white subtitles with a thin, dark border that allows them to be fully legible no matter what background they're up against.

While sexism is evident in almost every European series I've watched so far, many of the leads are strong women and quite a few shows depict LGBTQ characters matter-of-factly, without judgment, even in period pieces. A series of French shorts, Bureau of Sexist Affairs, explicitly examines modifying unacceptable sexist behavior. My husband and I now watch MHz almost every evening. Doing so broadens our world.

Given our background, we focused first on television series set in Italy. In addition to Nero Wolfe, MHz offers Murders at Barlume, Inspector Manara, Detective Montalbano, and Bulletproof Heart. Inspector Vivaldi showcases a father-son investigative team, the son an out gay man. Another series, Luisa Spagnoli, set in the early 20th century, tells the true story of a determined woman who builds the world-famous Perugina chocolate factory with the help of a gay mentor. 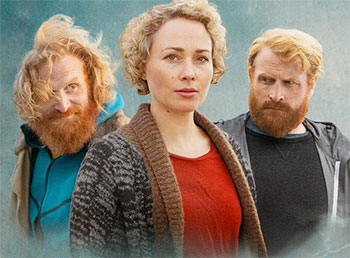 The star of Imma Tataranni looks just like a former partner of mine, from the same region in southern Italy where the show is set, if he'd ever done drag. The Bastards of Pizzofalcone reminds me of my time knocking on doors in Naples. Song of Napoli shows me the life I wish I'd led while there.

Quite a few other shows are set in Germany, Austria, and Switzerland. The Undertaker gives us a former detective who takes over his father's funeral parlor but can't resist investigating suspicious deaths. Crime Scene Cleaner shows us the daily life of an everyman hired to clean up the mess left when someone dies. It's a comedy, in case that wasn't obvious.

French programs on MHz are among the most entertaining offered. While the personality conflicts we witness time and again in the series Murder In sometimes feel formulaic, we do see extraordinary settings and a variety of French sub-cultures. Detectives is charming, set in Paris, and stars polyglot Sara Martins of BBC's Death in Paradise (she also speaks Portuguese). 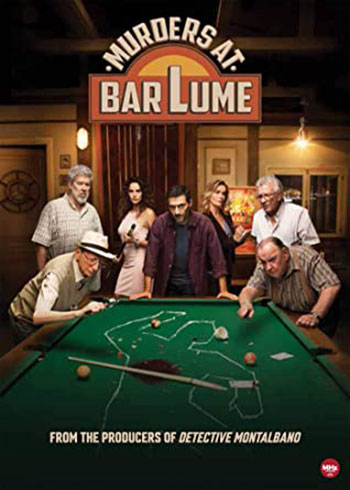 The cast of 'Murders at Barlume'

Agatha Christie's Criminal Games, set in northern France of the late 1950s, gives us a sexist investigator, his Marilyn Monroe-wannabe secretary, and a "scrappy" young reporter traumatized by her upbringing in an orphanage. All three are both appalling and lovable. Irrelevant factoid: Elodie Frenck, the Peruvian-Swiss-French actress who plays the secretary, is a survivor of the 2004 tsunami in southeast Asia.

A new MHz offering is Speakerine, set in Paris of the early '60s, with hints of All About Eve if it had been directed by Hitchcock. We get seven seasons of A French Village, taking us through the occupation of World War II. It doesn't hurt that casting choices in most of these shows are often more varied than is the case in the U.S., with a little person as a lead investigator or other main characters who might be heavier, older, or not as traditionally attractive as the casting required by many U.S. studios.

Several seasons of Velvet, set in Franco's fascist Spain, give us a love story to illustrate class conflict. Daughter of the Law, from Portugal, is quite shocking (no spoilers, but be prepared for anything). There's a Dutch mystery, a thriller set in Afghanistan, the fascinating Borgen from Denmark, and a German/Turkish version of The Brady Bunch called Turkish for Beginners. Many of the northern European shows are rather dark—take your preferred medication before attempting Sweden's Wallander or Finland's Vares.

Still, the Swedish Miss Friman's War, set in the early 20th century, tells a slightly less harrowing tale of a strong group of women fighting for suffrage as they simultaneously struggle to establish their own business. One of the main characters is lesbian, and the oppression faced by women working in the sex trade is a significant sub-plot. 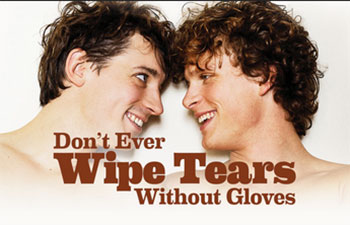 'Don't Ever Wipe Tears Without Gloves'

Sweden's Don't Ever Wipe Tears Without Gloves gives us a glimpse into gay community in Stockholm during the height of the AIDS crisis. The Scent of Rain in the Balkans tells a multi-generational story of a Sephardic Jewish family in Serbia. Lampedusa is one of several programs that show the ever-increasing stresses caused in modern Europe from the influx of African and Syrian refugees.

And there's far more than this. With over 2500 hours of programming, MHz allows most of us a chance to find something that meets our personal tastes. Their huge catalog won't give us Latin American or African or Indian or Asian or Pacific Islander programming, which we should still seek out elsewhere, but it does offer these and many other great European shows which are both entertaining and instructive.

As LGBTQ viewers, it's always helpful to realize that the local or national culture we live in isn't the only one out there. We can embrace the good we have in our own and try to incorporate aspects from others that can make life better for everyone. Watching these shows will also, I hope, encourage us to tell our own stories, understanding that experiences within every culture are worth sharing.

Membership with MHz is $8 a month, or $90 a year.
Available on multiple platforms; no cable/satellite package required.
watch.mhzchoice.com

Johnny Townsend is the author of 20 novels. https://johnnytownsend.com

These summer films and books will inspire resistance