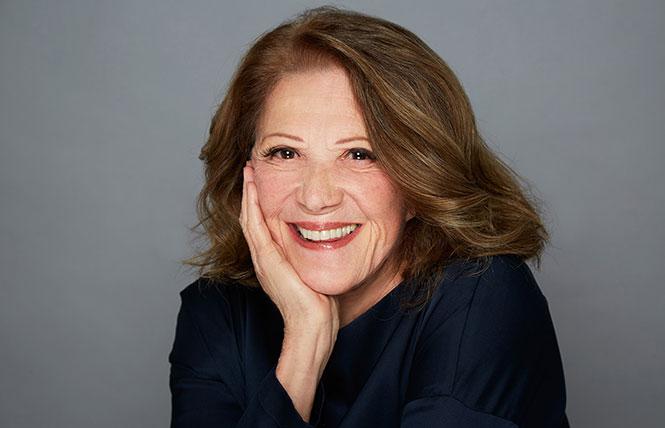 Though she is best known for her role in the classic sitcom Alice, Linda Lavin has a long history in the theater, and in fact began in musicals. In 1966 she garnered notice for her performance in It's A Bird.....It's a Plane.....It's Superman, where her rendition of the song "You've Got Possibilities" brought down the house. The song has since become a classic standard.

Though she is a Tony-winning Broadway star, with numerous nominations for a variety of awards in non-musical performances, music has always been in Lavin's blood. She has appeared in cabaret in both New York and San Francisco.

Nearly a decade ago she released Possibilities, a CD of jazz/pop standards, which was warmly received by Jazz Times. She was 74 years old at the time, and it was her first studio album; surprising considering the length of her distinguished career on the stage, in nightclubs and on television.

Lavin now offers Love Notes, a new album featuring more jazz standards, along with a smattering of unexpected selections such as "Black Cow," a tune by fusion-rockers Steely Dan, which Lavin performs in her trademark smoky nightclub style. The entire album invokes the elegance of the clubs sophisticated New Yorkers and San Franciscans might have attended long ago. It's that old style of music we so rarely hear these days.

Lavin spoke to the Bay Area Reporter from her home in New York City, where she is in good health and good spirits amid the Covid-19 crisis.

"Today I am fine," she said, "Which is all we have. A day at a time is the active reality here, but I am well today. I am safe at home and I've walked my little dog. I'm in the epicenter, and I'm really grateful. When I get fearful, I remember gratitude for the roof over my head and the hot running water and electricity and enough money to buy the food that I need and water for me and my little dog."

Unable to take her act on the road due to the pandemic, Lavin has been performing a series of concerts on Facebook Live with legendary pianist Billy Stritch, who performs with her on the CD. The concerts have been archived on Stritch's Facebook page. 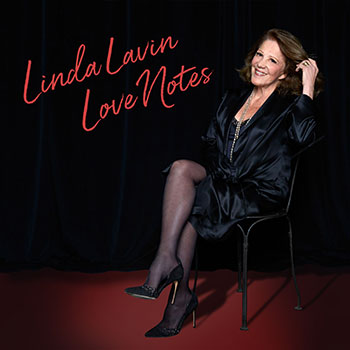 "It's what I can do," she said. "What do I do? I cook, but no one's asking me to stay home and cook meals-on-wheels. But I sing, and I tell stories and I can share the music of my life with people, and I hope to give them a half hour of musical pleasure. Music really connects us from our hearts and we're so much in our heads right now, our fear, and we need to get to our feelings, and into our spiritual life at this time."

In the middle of all this, her album was released. Unable to put together a record release party because of the need to shelter in place, Lavin said that she's gotten a tremendous response to the Facebook Live concerts.

"People have responded with such gratitude," she said. "It encourages us to do it again. Otherwise I wouldn't have, because it's not about being a show business celebrity, it's about giving service in some way in the way that I can give service best and that is to share what I love doing; to share my music. The responses were extremely warm and loving and grateful for thirty to forty minutes of being transported from the stress and suffering to a place of storytelling, beautiful, fun music, fun songs. There's nobody better than Billy Stritch at the piano and doing vocal harmonies together."

Lavin and Stritch perform these concerts in her apartment, which she describes as filled with art and light. She describes Stritch as "a superb virtuoso jazz pianist, and musically so sophisticated, and so knowledgeable."

"We get so many positive and encouraging messages from so many people who asked us to keep doing it," she said. "They told us it lifted their day and brightened their day and brought light into their day. People need an escape, people need to feel connected to. The fact that we can't touch each other, this is the best we can do, it means something."

Love Notes is primarily an album of covers, such as the classic "I Wish I Were In Love Again" from the 1937 musical Babes in Arms, but Lavin did record one notable original, a romantic love ballad called "Stars Would Fall," which has been released as a single. Though a new song, Lavin points out that it sounds like a song from another era.

"It sounds like the kind of song that Michel Legrand used to write," she said. "I felt like this could be the wedding song of the 21st century, it's such a beautiful song, it sounds like something we already know, but it's very new."

Lavin said that she's attracted to this style of music because it's the music she grew up with.

She added that she chooses pieces of material that tell her story, a story that changes as she evolves and grows.

"The story that I started talking about fifteen years ago was pretty much about who I was fifteen years ago," she said. "And it told the story of my career and my early life. I hang on to some of those stories and look for songs that illuminate the stories and musicalize the stories. I know how to access songs to tell my story, so if you want to read my book, come see my act, that's my book. Come hear my new album; that's my book."

Lavin plans to tour once the Covid-19 crisis has ended.

"We've talked to the record company about building a tour to jump off the record," she said. "I'd be happy to. I really love doing it. I love my band. I love being the girl singer with a band behind me and I do love performing for people."

Love Notes by Linda Lavin is now available at Amazon as a CD and as an MP3 download.

If you liked this article, help out our freelancers and staff, and keep the B.A.R. going in these tough times. For info, visit our IndieGoGo campaign.