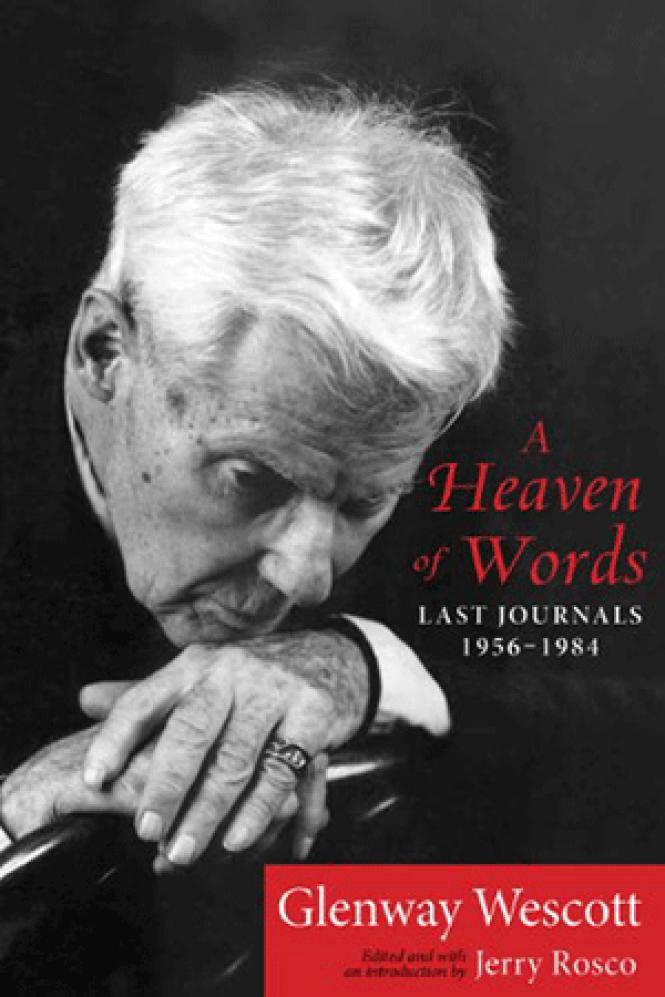 Two big themes dominated 2014's gay nonfiction books. First was the renewed interest in AIDS. Enough time has elapsed so that we can look back and assess what was lost and learned during the heartbreaking period when HIV was a death sentence. Second were the reverberations within the LGBT community after last year's landmark Supreme Court cases legitimizing same-sex marriage, as well as asking the challenging question, areÂ gay and lesbian people becoming too assimilationist?Â  Also with mainstream acceptance there has come a desire to revisit gay history recovering overlooked or underappreciated heroes who made recent societal approval of LGBT people possible. Any Top 10 list is subjective, and all critics are biased. Nevertheless, here are my Top 10 Gay Nonfiction Books of 2014, in ascending order:

10. A Heaven of Words: Last Journals, 1956-1984 by Glenway Westcott. Winner of this year's Lambda Literary Award for best autobiography-memoir, these are the final journal entries of the influential gay midcentury American poet and writer Glenway Westcott. Editor Jerry Rosco makes the case that Wescott's lasting literary legacy is in his witty, melancholic, and insightful journals (including his sexual exploits with and without his famous 50+ year partner Monroe Wheeler), which perhaps allowed him honesty and eroticism he wasn't able to convey in his novels due to the homophobia of his day.

9. Gay Is Good: The Life and Letters of Gay Rights Pioneer Franklin Kameny, edited by Michael Long. A decisive force in the early gay rights movement, Kameny was fired from his U.S. government job as an astronomer and argued his case before the U.S. Supreme Court in 1961. Though he lost, his was the first civil rights claim based on sexual orientation, the start of many activist accomplishments. Through the 150 letters he wrote from 1958 to 1975, Kameny'sÂ  provocative, inspiring, and infuriating voice is restored, underscoring Â that he deserves to be remembered and celebrated.

8. Positive: One Doctor's Personal Encounter with Death, Life, and the U.S. Healthcare System by Michael Saag. An AIDS memoir by one of the principal researcher/clinicians who founded the 1917 Clinic at the University of Alabama as a new, improved version of Ward 86 at SF's General Hospital. The core feature of the book is the emotionally exhilarating and gut-wrenching case histories of patients stricken with the illness, unfortunately diluted by alternating chapters of a manifesto attacking our broken healthcare system and Saag's vision of how to fix it. Two books crammed into one, but crucial reading from one of the doctors whom HIV+ patients owe their lives today.

7. Forcing the Spring: Inside the Fight for Marriage Equality by Jo Becker. This provocative account of the historic Prop 8 Supreme Court case became a deserved bestseller. Becker, a NY Times investigative reporter, embedded herself for 4.5 years with the lawyers and four plaintiffs. Vilified by the gay intelligentsia, her chief sin was not providing a background chapter providing the historical, legal and political background of the fight for gay marriage, which certainly did not begin with Prop 8. While a flaw in the book, it is not a fatal one, as this detailed behind-the-scenes record is a dramatic page-turner even though we know the final outcome.

6. Tennessee Williams: Mad Pilgrimage of the Flesh by John Lahr. Lahr, the theater critic for The New Yorker, has written a compelling biography of America's greatest playwright with the possible exception of Eugene O'Neill. Lahr is superb at analyzing all his plays, even the flops, and argues persuasively that Williams channeled his turbulent life into his art, especially his family and lovers, who became stage characters. An ego-maniac, Williams' decades-long spiraling descent into alcohol and prescription drug addiction is sympathetically rendered, though the role that anti-gay societal attitudes played, both professionally and personally, should have been given greater weight than it is here.

5. Queer Clergy: A History of Gay and Lesbian Ministry in American Protestantism by R.W. Holmen. This mammoth, 600-page history chartsÂ the 40-year struggle in mainline Protestantism (all five denominations) for the full inclusion of gay and lesbian Christians. Written by a straight Lutheran lawyer and grass roots advocate, this comprehensive, exhaustively researched story chronicles the evolution from rejection to welcome. The Bay Area is well-represented in this inspiring journey as we get to re-experience many of the moving personal stories of these courageous witnesses (gay and straight) once derided as divisive heretics.

4. Fairyland: A Memoir of My Father by Alysia Abbott. Alysia's father was SF gay poet/author Steve Abbott, who wrote many years ago for the B.A.R., and died of AIDS in 1992. She beautifully chronicles queer bohemian life in 1970s Haight Ashbury and the early years of the AIDS epidemic, with her primary source material being her father's journals and letters. One of the many strengths of the book is Alysia's fearlessness in revealing her father's flaws as well as her own in describing her unconventional upbringing. Fairyland now becomes a vital part of the narrative history of SF queer culture.

3. Gay Berlin: Birthplace of a Modern Identity by Robert Beachy. Covering the period from the 1860s to the rise of the Nazis in the 1930s, the book highlights two key figures: Karl Heinrich Ulrichs, the first openly gay man who believed homosexuality should not be criminalized; and Magnus Hirschfeld, who through his Institute for Sexual Science tried to prove same-sex desire is an inborn biological characteristic. Berlin became the showcase for uninhibited urban sexual experimentation. This book makes a convincing case that Germany played a decisive role in constructing our modern understanding of sexual orientation and gay identity.

2. Body Counts: A Memoir of Politics, Sex, AIDS, and Survival by Sean Strub. A people's history of AIDS activism, written by the founder of POZ magazine. Diagnosed with HIVÂ in 1985 and after watching so many of his friends dying of AIDS, Strub started participating in ACT-UP/New York. In humorous and poignant detail we relive demonstrations where a giant condom is draped over the home of AIDS funding foe Senator Jesse Helms, and Cardinal O'Connor's mass at St. Patrick's Cathedral is interrupted. The book is totally absorbing, gossipy, but candid, bringing back the sense of panic and urgency of those early years of despair and wasted lives.

1. The Tolerance Trap: How God, Genes, and Good Intentions are Sabotaging Gay Equality by Suzanne Danuta Walters. Walters argues that despite the end of the military's DADT and the Supreme Court decisions validating same-sex marriage, we have settled for a watered-down tolerance as perpetual outsiders rather than full civil rights as equal citizens. She asks uncomfortable questions with no superficial answers, attacking both conservative and liberal orthodoxies about LGBTs, such as rooting civil rights in biological determinism. Walters recognizes the huge advances that have been made, but convinces us it is far too soon to declare victory. She presents a humane, snarky, compassionate vision of gay uniqueness via scholarly but accessible cultural criticism.